Gallery 9: Death swallowed up in Beauty 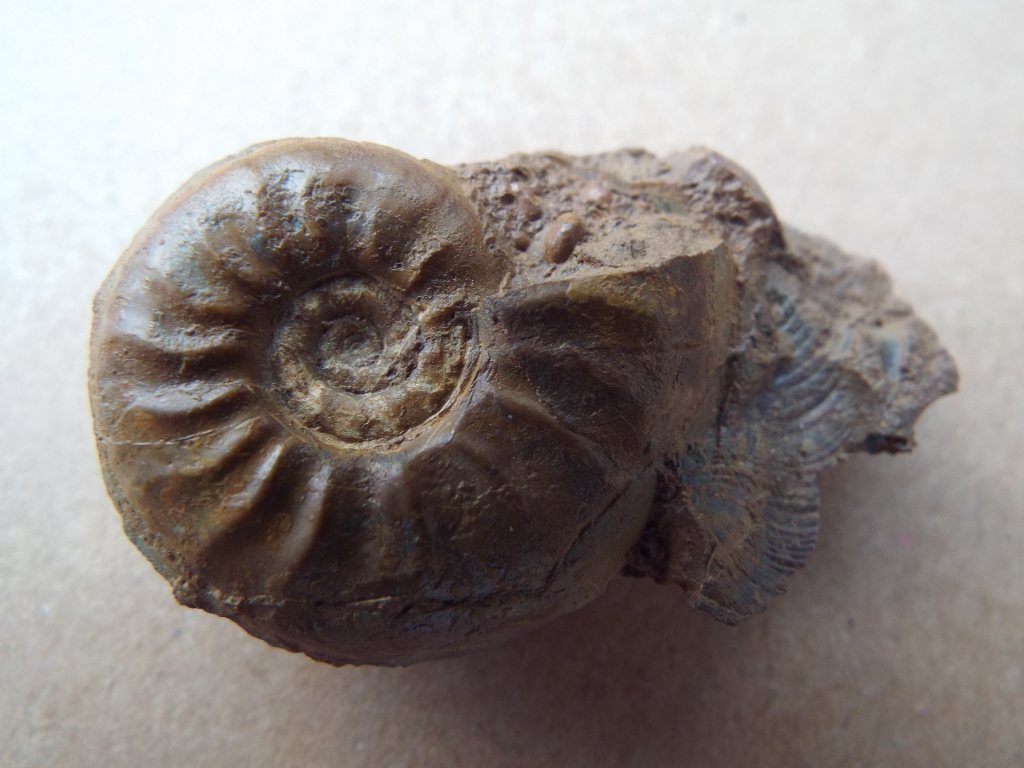 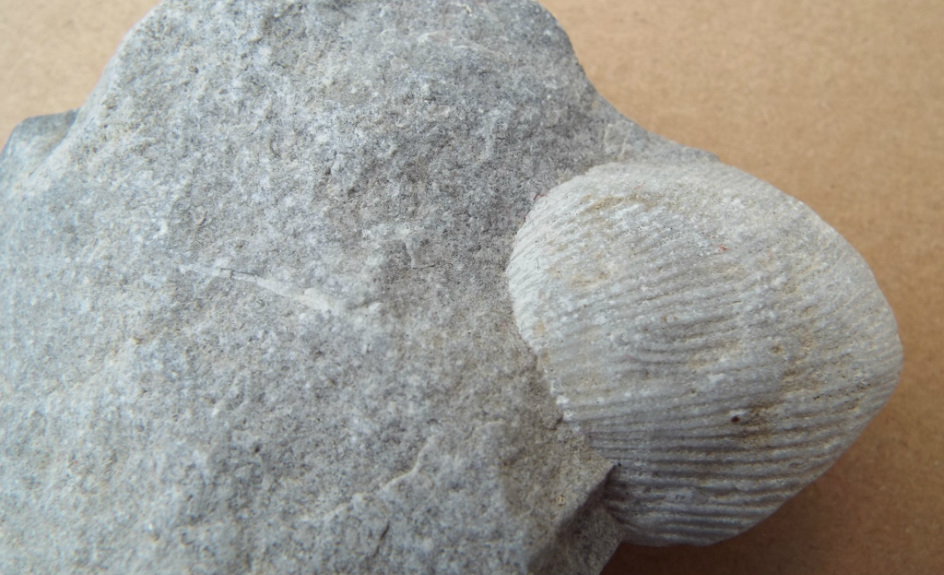 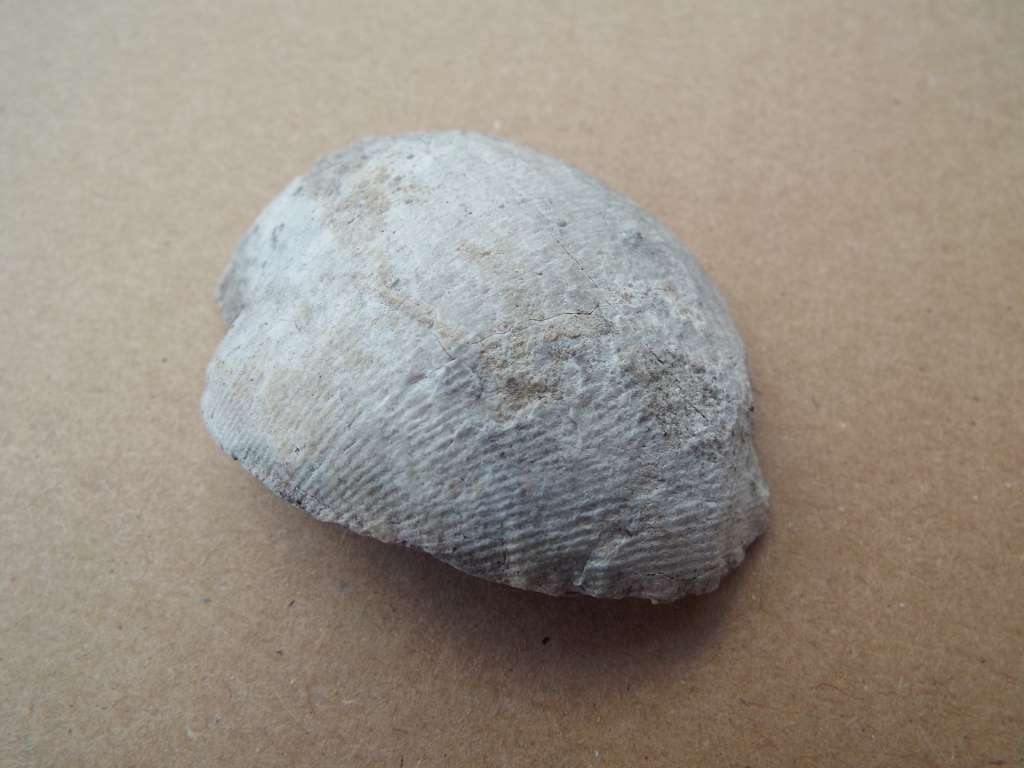 Conifer leaves
The next two pictures are close-up views of small fragments of dead conifer foliage, showing the intricate details of the surface. 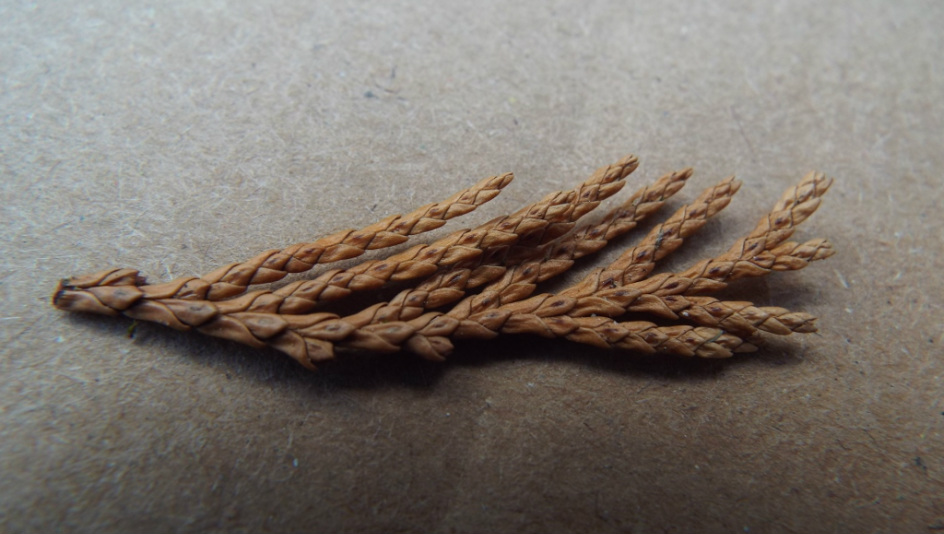 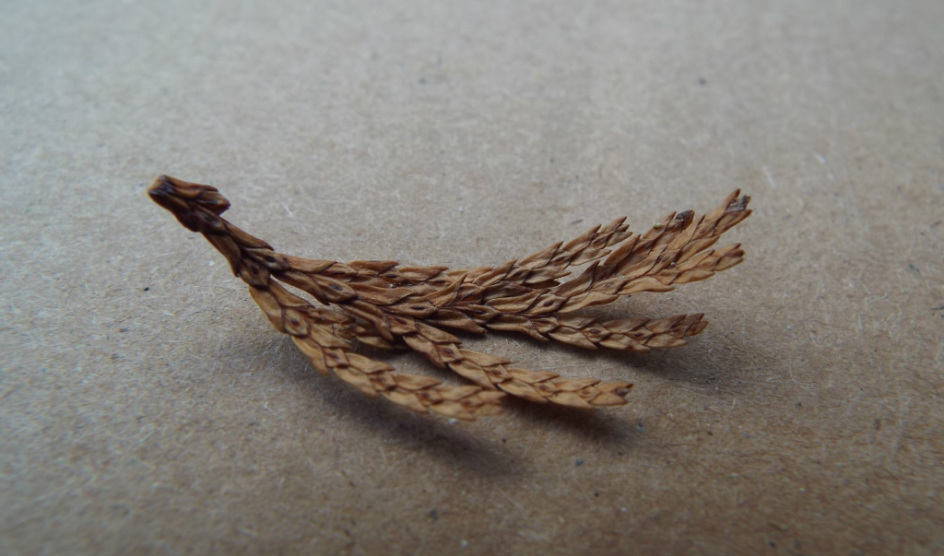 Orthoceras fossils
These pictures show a fossil of Orthoceras, a type of extinct marine mollusc. This fossil is 8 cm long.
Fossils like this are sometimes found in dense assemblages, often with other fossils such as ammonites. This fossiliferous rock can be made into decorative plates and bowls. Here are three which I liked enough to buy, the first in America, the other two in Portugal. 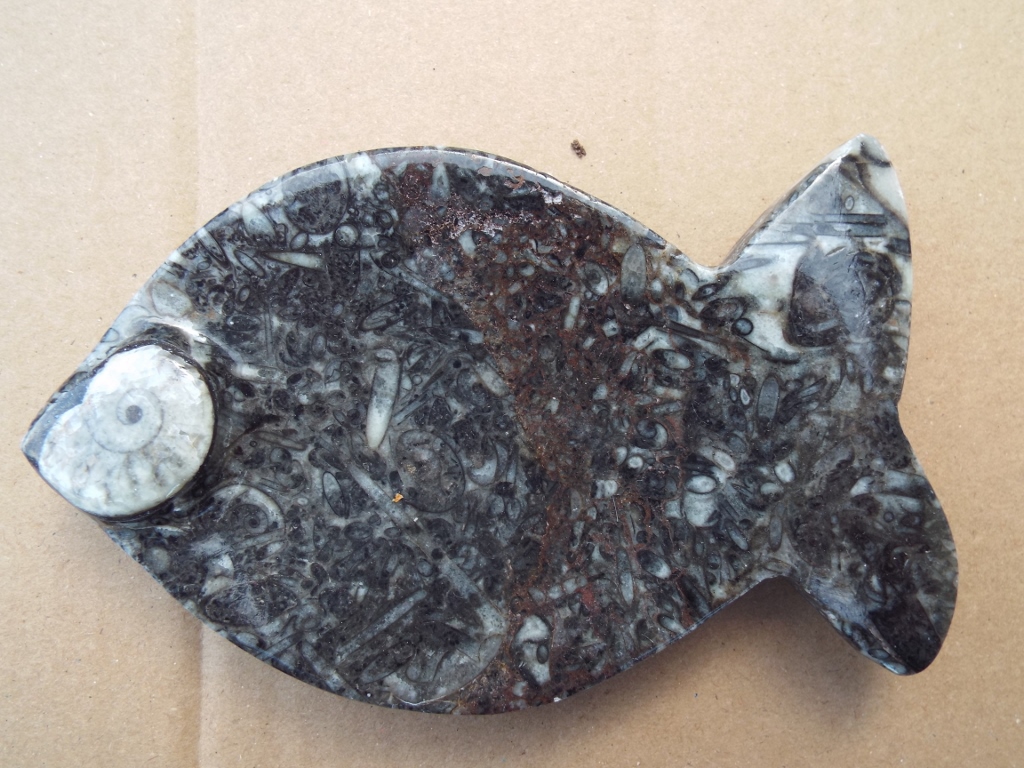 Dead bracken
Two pictures of dead bracken leaves in winter. The fronds of this fern die in autumn, but new leaves emerge from underground rhizomes each spring. This plant is both poisonous and carcinogenic, but has beautiful leaves, whether alive or dead.
Juniper wood
The beautiful silvery contortions of dead Juniper.
Trilobites
Trilobites were once numerous and successful animals which lived in the sea, and evolved into diverse and fascinating forms. All trilobites have been extinct since the Permian mass extinction, about 250 million years ago, though many species had already died out before this. Trilobites had compound eyes with lenses made of transparent calcite, a type of rock. 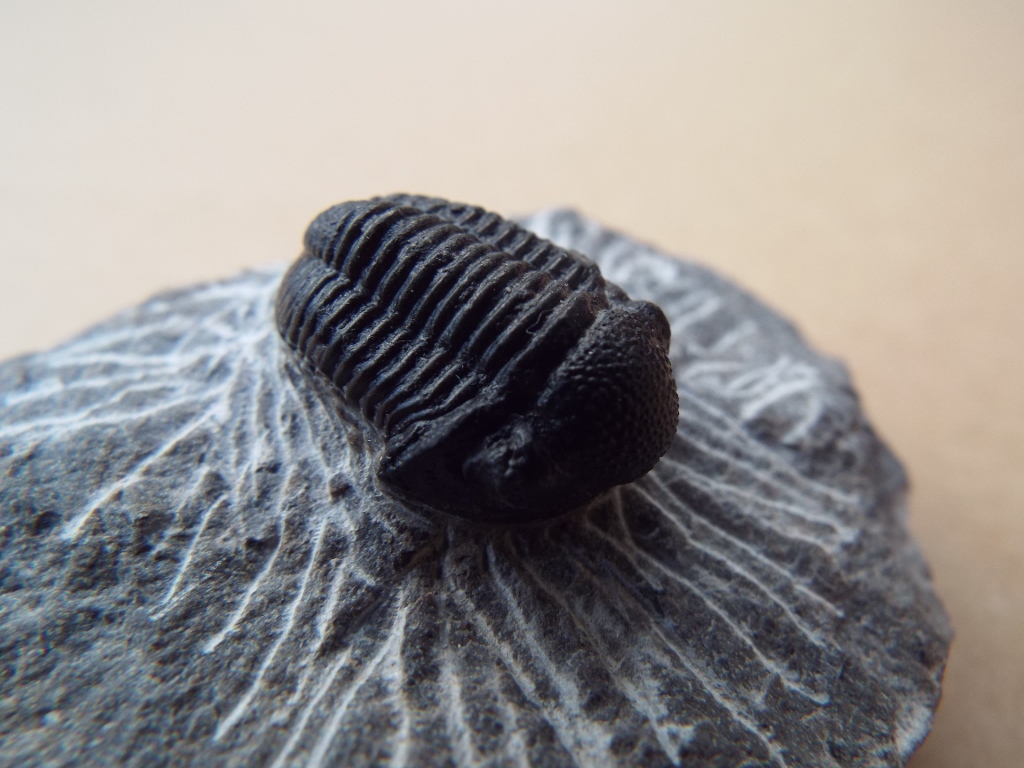 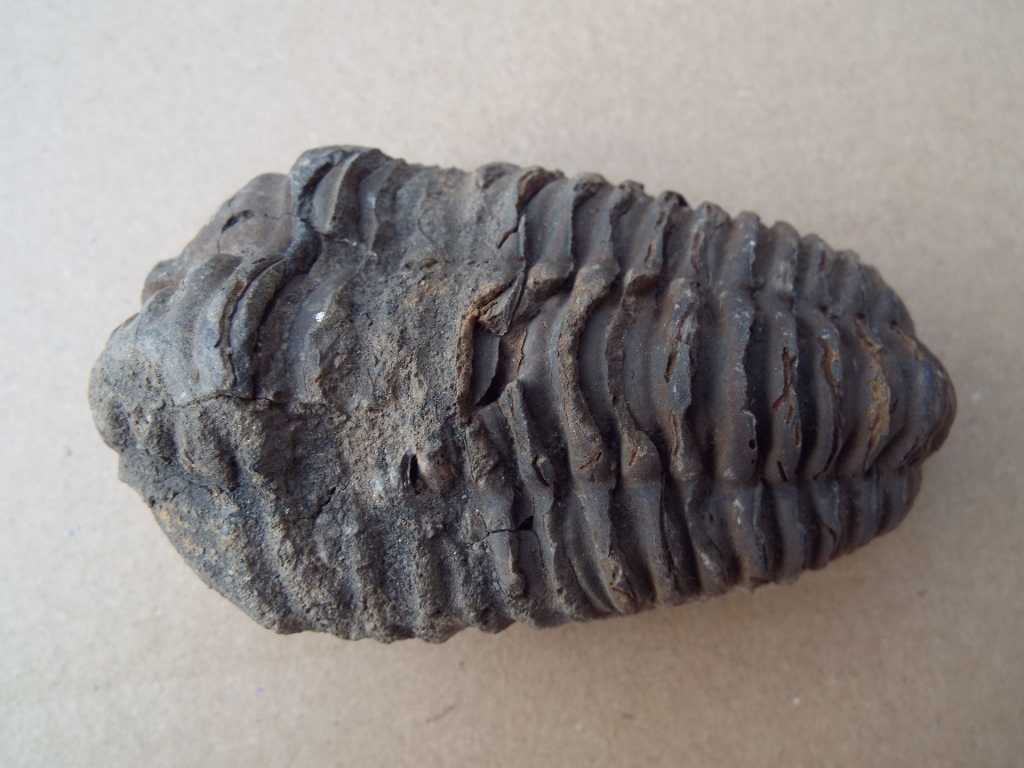 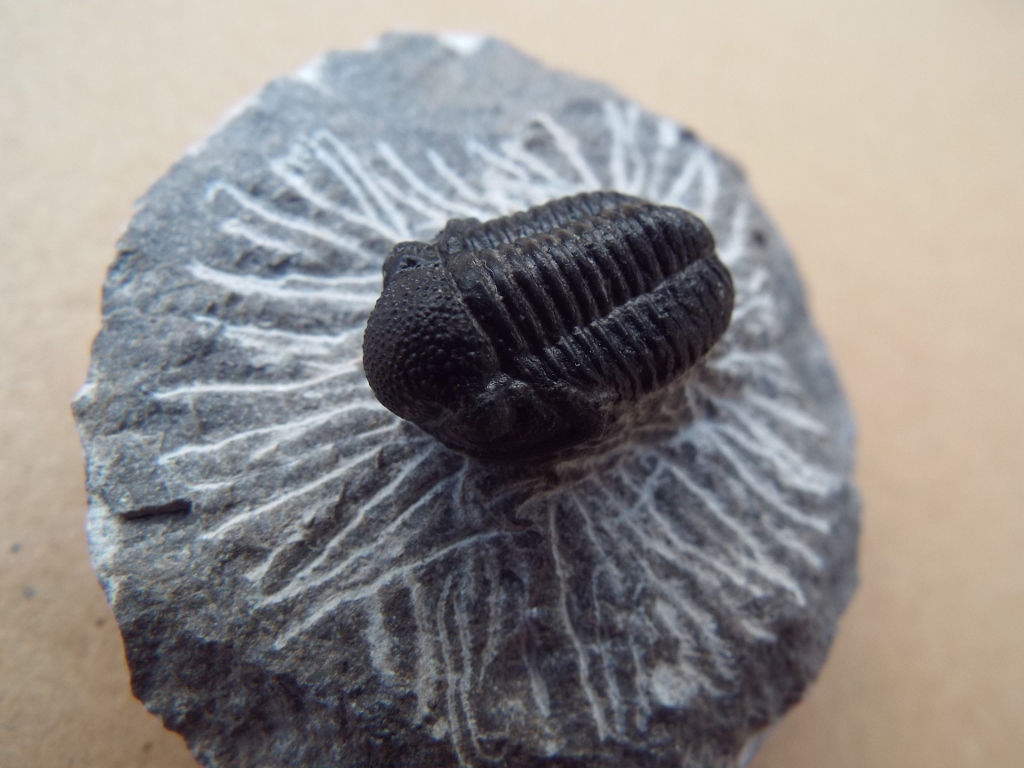 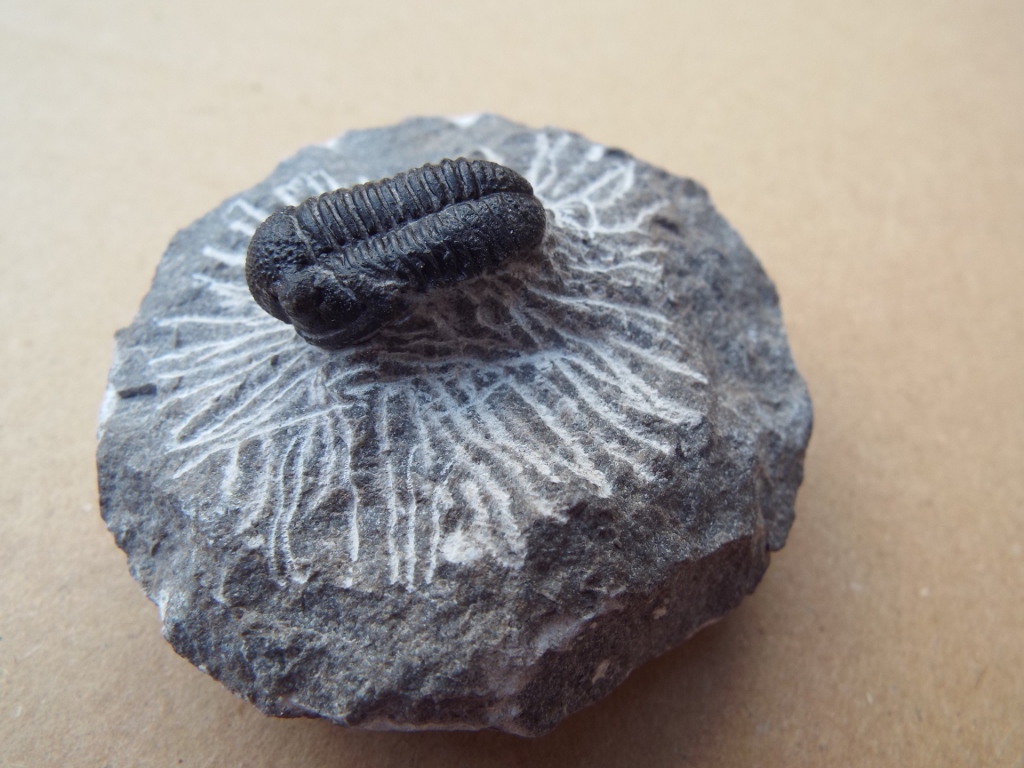 Seed pod
This is a dried seed-pod, I think from a carob (or related) tree; these are used as rattles or percussion instruments since the seeds rattle loudly when the pod is shaken. Carob is also used to make a substitute for chocolate. I bought this over 20 years ago. It is about a foot and a half long.
Rotting timber
Two close-up views of a rotting fence-post, showing the growth rings of the tree from which it was cut. 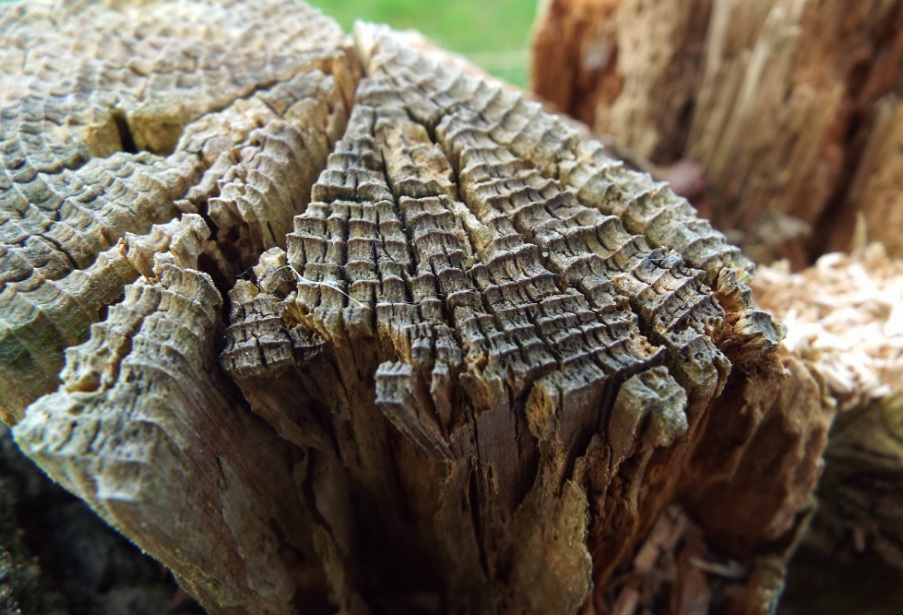 Cowrie shells
These are the shells of sea snails called cowries. The shell shown in the first two pictures is 8 cm long. I got this shell in Spain. The one in the two lower photographs is tiny, only 1 cm long; I found this one on an Irish beach, in Clare I think.
Caddisfly larval tubes
Unlike the remains of living things shown in the other photographs in this gallery, these caddis tubes were never actually alive; they are discarded tubes once occupied by caddisfly larvae. Caddisflies of different species inhabit a variety of freshwater habitats, and the larvae build protective tubes around their bodies, using a type of silk which they produce from glands near the mouth to bind together certain objects, such as fragments of sand, grit or vegetation. As the larvae grow, they can add on extra pieces to gradually enlarge the tube. These two tubes are made from little pieces of grit. The first is 2 cm long, the second is 1.2 cm.
A dead leaf
A natural sponge
Most sponges nowadays are synthetic, but it is still possible to buy natural sponges; these are the bodies of aquatic animals. They are sometimes used in sponge painting, as well as for washing, and were occasionally used in the past as water filters or padding. 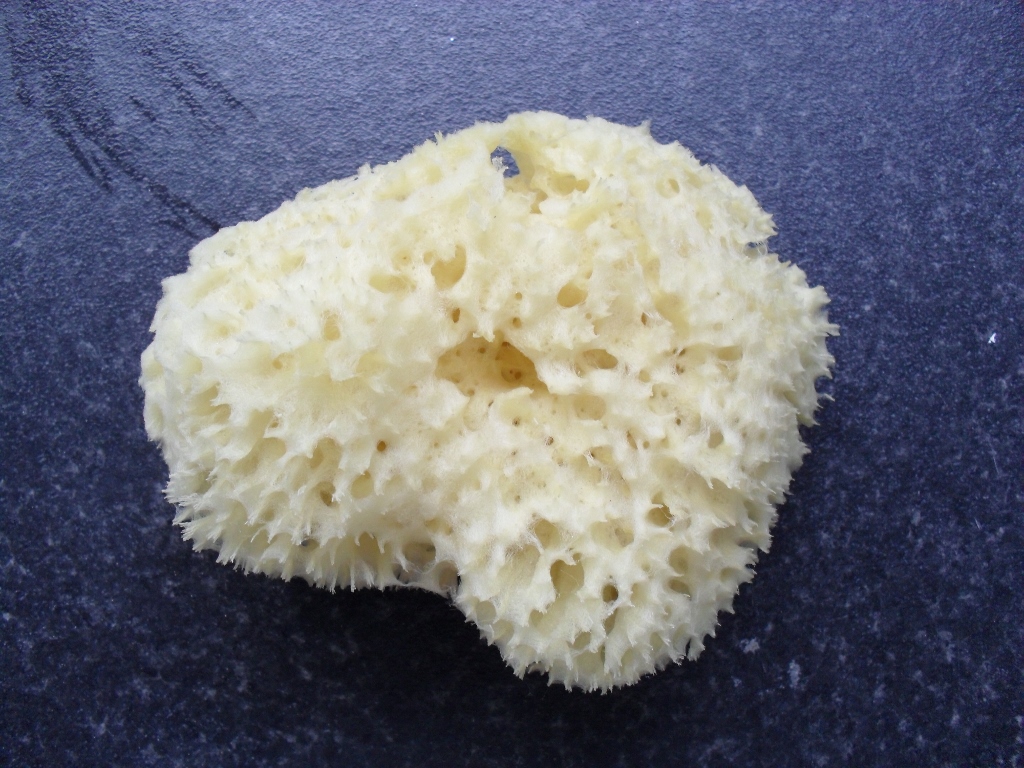 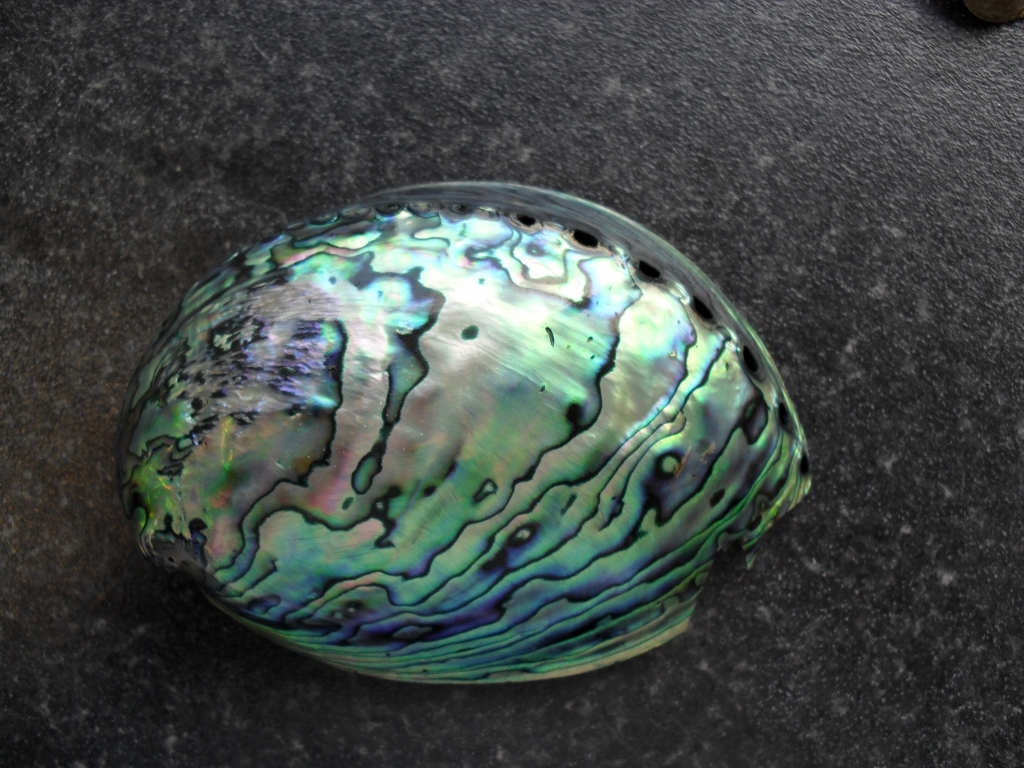 Crab remains on a beach 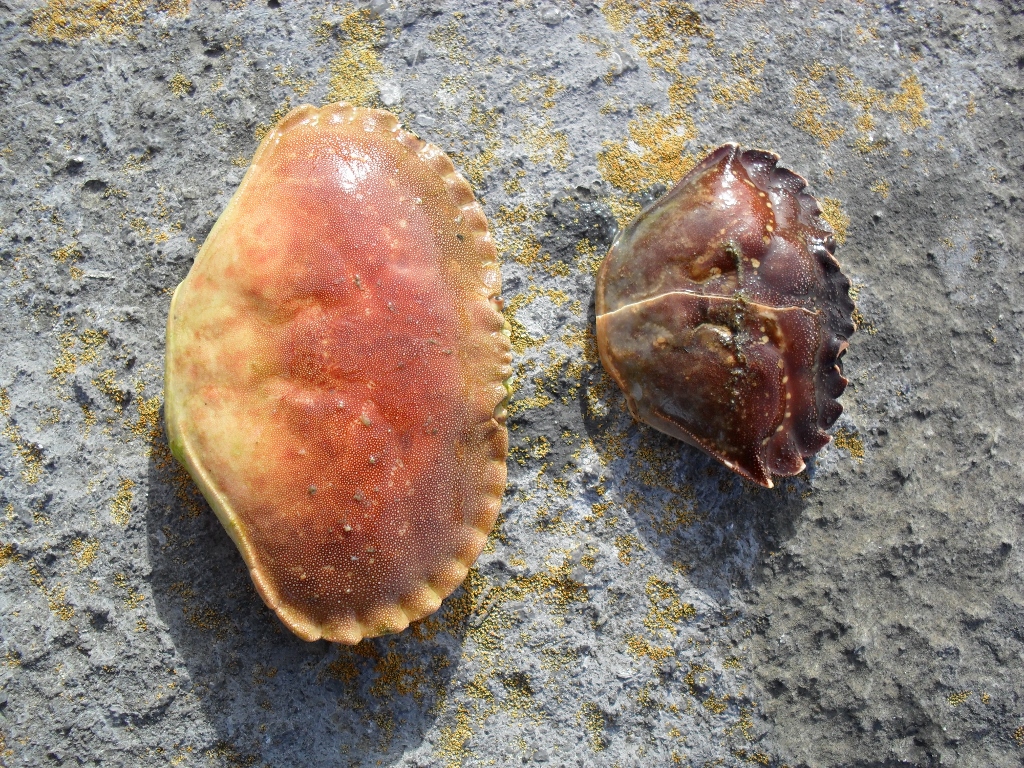 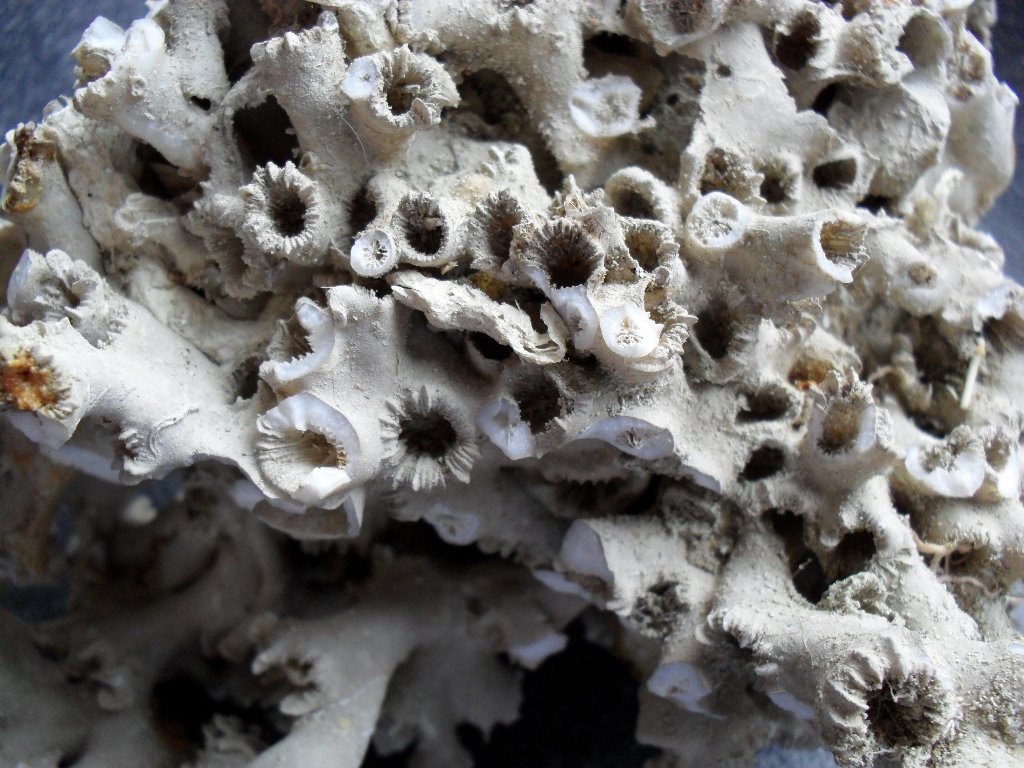 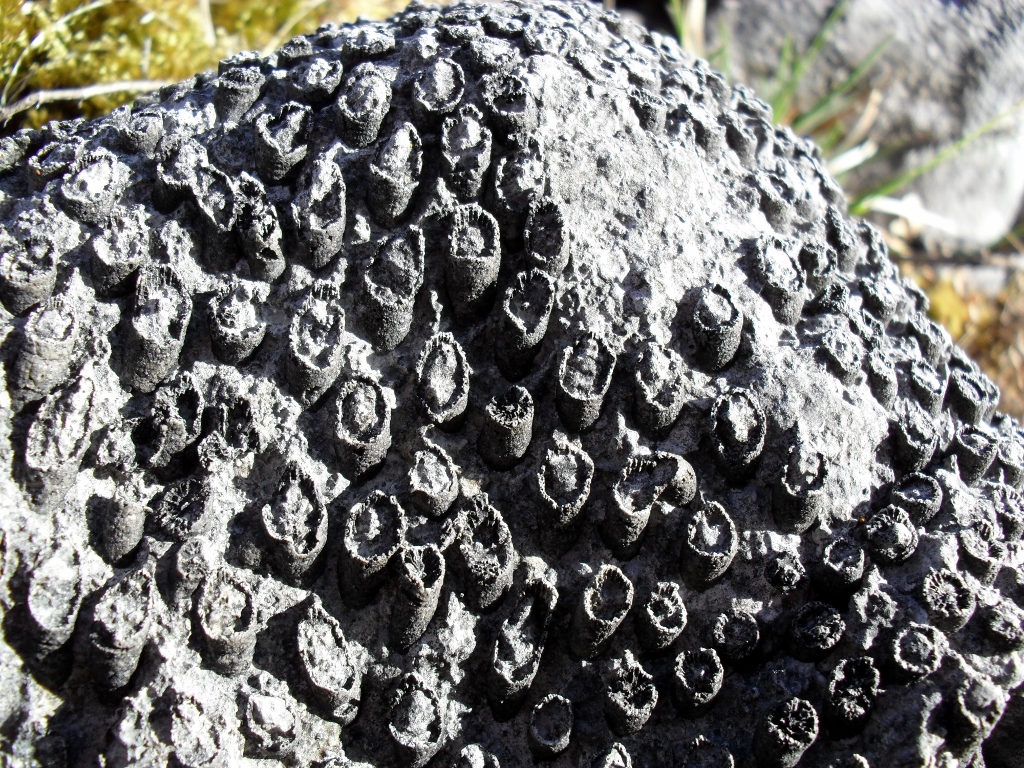 Devil's Toenails
These are fossilised oysters of an extinct genus called Gryphaea. Due to their appearance they are often called devil's toenails.
Finally... a piece of a fossilised leaf